Mitigating the effects of climate change in the city – self-sustainable, smart module for city green infrastructure

The possibility of using native species of wild plants on green roofs and walls was the main topic discussed during the latest webinar organised under the MOD4GRIN project. Researchers from IETU and the Norwegian Institute of Bioeconomy Research have been working on a solution that supports local flora and - at the same time - allows the introduction of greenery in those parts of the city where we miss it the most. The green module, covered with native vegetation, is configurated based on the IoT (Internet of Things) approach. Appropriate selection of plants, equipping the green infrastructure with a network of sensors, intelligent water circulation system and solar energy supply will allow to reduce the expenses connected with its maintenance.

Urbanisation processes often lead to the destruction of natural vegetation and a drastic decline in the biodiversity of cities. Their effects are exacerbated by the current climate changes, hence it is necessary to introduce solutions that support the local flora and fauna.

The aim of the MOD4GRIN project is to use native plant species, resistant to unfavourable climatic conditions such as temperature changes or droughts, which can be planted on roofs and walls. Their use may contribute to the increase of biologically active surfaces, which are much easier to maintain. It will also increase the retention of rainwater in the city and reduce the effects of droughts, improve thermal conditions and humidity, especially in the areas of an urban heat island.

During the on-line meeting, which was organised on 15 March 2021, the MOD4GRIN partners presented the basic project assumptions, and during the panel: City in symbiosis with nature - green roofs and walls such issues as the role of urban vegetation, climate changes in cities, the positive role of urban vegetation in reducing the urban heat island phenomenon as well as legal and social conditions for shaping urban greenery were discussed. The participants of the panel were Magdalena Biela, M.Sc. from Urban Greenery Board in Katowice, Dr. Szymon Rusinowski from CommLED Solutions, Gliwice and representatives of IETU: Dr. Wojciech Bąba, Dr. Justyna Gorgoń and Dr. Marta Pogrzeba, Associate Professor of IETU.

The results of this project will be of particular importance for local governments, as it combines two elements - biodiversity and IoT, which in terms of adaptation measures implemented in the cities are very useful due to the possibility of disseminating nature-based solutions - emphasises Dr. Marta Pogrzeba, Associate Professor of IETU and Coordinator of the MOD4GRIN project - The use of new information technologies creates the possibility of not only significant reduction of the green module management and maintenance costs but also the control of the growth and development of plants, and monitoring of the surrounding environment.

Green roofs and walls allow more greenery to be introduced into heavily built-up areas as they do not take up any space on the ground level. A self-sustainable, smart module for city green infrastructure will be demonstrated in the form of a container with a green roof and walls, where selected local plant species resistant mainly to high temperatures, strong sunlight and droughts will be grown. Additionally, equipping the green infrastructure with a network of sensors, intelligent water circulation system and solar energy supply will allow to gain knowledge and practical experience in this field.

The interior of the container, depending on the needs of the local community, can be used as a small service point, e.g. as a non-contact library point for returning books, a tourist information point or a waste collection point, e.g. for batteries or energy-saving light bulbs.

Satisfaction with the cooperation between Norway and Poland under the MOD4GRIN project and between IETU and the Norwegian Institute of Bioeconomy Research was pointed out by David Brasfield, architect and Chairman of the Norwegian Green Infrastructure Association (NFGI).

A great support in selecting local species resistant to environmental conditions, which are similar to those found in cities, is the use of research and implementation results developed by the Norwegian Institute of Bioeconomy Research and Dr. Hans Martin Hanslin. This refers mainly to the selection of plant species on the basis of morphological and adaptive features and the development of the composition of the substrate based on information available from their natural habitats.

Our concept for the operation of the green module was to combine the regulation of the local microclimate, water retention and the protection and enhancement of biodiversity in cities by introducing species of local flora and increasing the connections (ecological corridors) between the vegetation patches - says Dr. Wojciech Bąba, R&D Manager of the MOD4GRIN project - However, if the  module is to work effectively, it must be used on a larger scale and in combination with other elements of urban greenery. It is important to shape and integrate natural processes into the process of creating and maintaining green modules, as this will significantly reduce the maintenance costs.

Local governments are looking for solutions that will work out in urban conditions and enrich urban biodiversity, regulating air temperature and humidity, and storing rainwater at the site of precipitation.

The solution we offer performs several functions at the same time and is suitable for those areas where it is difficult to introduce larger green areas - says Dr. Szymon Rusinowski from CommLED Solutions - Similar solutions are currently available on the market, but our goal is to prepare a platform that will allow us to control dispersed green infrastructure in one place and provide information on the status of green modules to all interested parties.

Residents are getting more and more involved in making their cities green, and their interest in this area is reflected in various bottom-up initiatives @ błąd w wersji polskiej which are undertaken at an individual, neighbourly or a non-governmental level in many Polish cities.

Residents want to have more greenery around and are getting more and more involved in the preparation of such project proposals - says Magdalena Biela, Deputy Director of the Urban Greenery Board in Katowice - However, as our experience from the initiatives implemented in Katowice shows, we lack the commitment of the local community and their willingness to continue cooperation at the stage of maintaining the greenery. But I do hope that it will soon change. The MOD4GRIN project seems to be an important element of education and building awareness of the importance of the multi-faceted value of biodiversity and greenery in the cities.

Important elements are initiatives implemented under civic budgets, which contribute to the creation of green public spaces and strengthen the natural potential of the cities.

The project MOD4GRIN - Self-sustainable, smart module for city green infrastructure in climate change adaptation received funding from the APPLIED RESEARCH PROGRAMME implemented under the Norwegian Financial Mechanism 2014-2021 by the National Centre for Research and Development. In the area of ​​ENERGY, TRANSPORT AND CLIMATE of the POLNOR 2019 competition the MOD4GRIN project was qualified for implementation as one of seven out of seventeen projects submitted in this area. 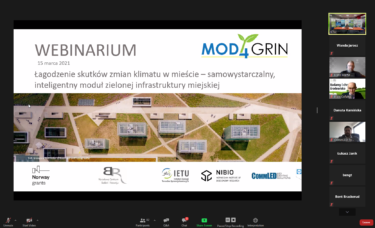 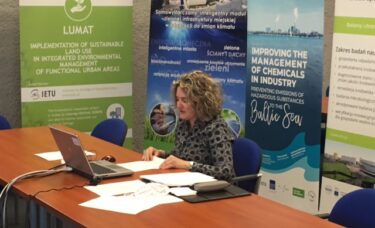 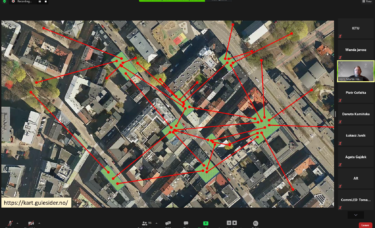 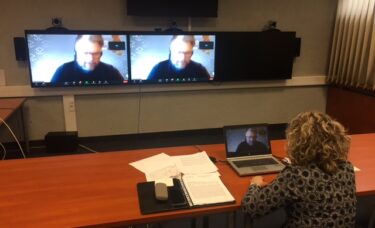 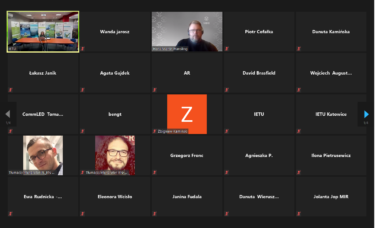 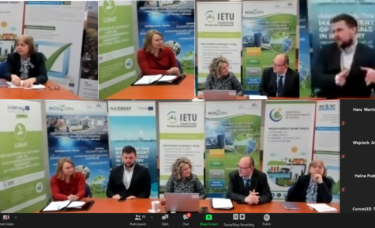 to top
This site uses cookies to provide the highest level of service. If you continue to use this site, means you agree to use them.ZgodaDowiedz się więcej